Home /  What to see / Heritage Mansions

Legacy of The Past

One legacy of the long period of Portuguese colonization which is still quite in evidence and in everyday use is the magnificent architecture of the traditional mansions of the Goan gentry. Goa can perhaps claim to be the only place on the subcontinent where houses dating back to the 1700s are still in pristine condition and still inhabited by generations of the original owners.

Unlike the other colonial powers in India, the Portuguese managed to leave a much more visible mark on the residential architecture of the area they ruled. The British and the French left their mark on the architecture of huge buildings such as assemblies and railway stations which have since become landmarks of the period.

The Portuguese in Goa built residential houses reflecting a style which is hardly found elsewhere on the Indian subcontinent. These magnificent palatial houses inspired by European architectural style are still found in Goa today, although they are confined to the rural areas such as Chandor and Loutolim. An exception is the commercial town of Margao, which still has some fabulous houses in its Borda area.

These mansions were built in an era which saw the Portuguese raking in a handsome profit from their trading colonies in Africa and South America. Interestingly, the owners were not usually Portuguese noblemen, but wealthy Goan merchants and high-ranking officials who were granted land by the Portuguese.

The materials and techniques for the construction of such houses was usually local while the furnishings and decorations came from all around the world. The walls and pillars were built of red laterite stone and local wood while the roof was overlaid with terracotta roof tiles from Mangalore. Inside there was fine porcelain from China and Macau, cut glass and mirrors from Venice, chandeliers from Belgium and tapestries from Portugal. The exquisite furniture was carved from rosewood by the local craftsmen.

The exterior facade of these mansions is not the only thing that attracts the visitors. The interiors are much more impressive, with some houses even having their own mini-chapels and dance rooms. There are long, well-preserved dining and drawing rooms usually with a magnificent collection of blue china ceramics and glass items.

Most such houses are accessible only on special request or appointment either directly from the owner or through the nearest Tourist Office. It is also advisable to seek such an appointment well in advance and it is customary to make a small donation which helps towards the upkeep and maintenance of these superb specimens of a bygone era.

In this section, you can find some of the more famous of the Portuguese style mansions which can be visited to have a glimpse of the lifestyle of the higher echelons of Goan society under the Portuguese rule. 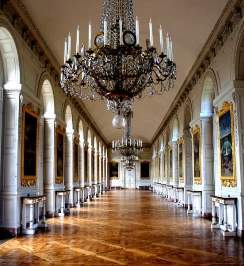 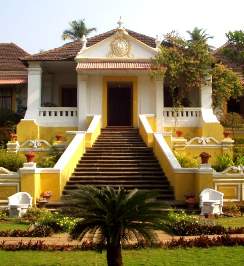 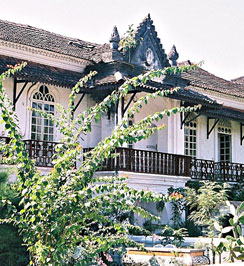 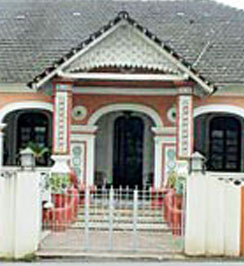 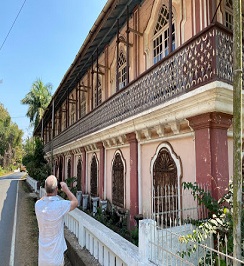 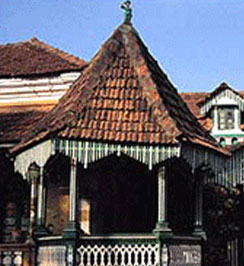 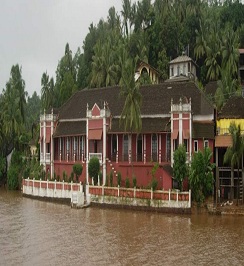 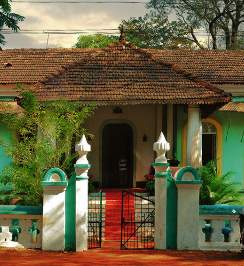 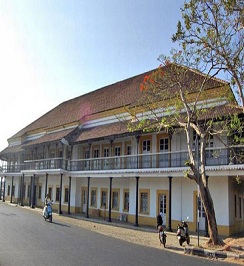