‘Whoever has been in Goa may say that he has seen the choicest rarities of India, for it is the most famous and celebrated city, on account of its commercial intercourse with people of all nationalities of the East who bring there the products of their respective countries, articles of merchandize, necessaries of life and other commodities in great abundance because every year more than a thousand ships touch there laden with cargo’ ‘as for the multitude of people, it is a marvel to see the number which come and go every day by sea and land on business of every kind.One would say that a fair was being held every day for the sale of all sorts of merchandise.’

A Glance At The Past

In those tumultuous and rebellious times in the sixties, it was then not the ‘sweet betel’ that was the prime attraction but a different kind of ‘weed’. But Goa, since those days of the angry generation, has moved on to attract a multitudinous, peaceful and cosmopolitan school of visitors from all around the globe. Down the corridors of time Goa has been different things to different people. To the Portuguese conquerors it was ‘Golden Goa’, the El Dorado, the ‘Rome of the East’. Such was its beauty and grandeur, that a traveller was moved to remark: ‘Whoever has seen Goa, need not visit Lisboa’-Lisbon, which was then the grand epicenter of the Portuguese dominions.

While the contemporary traveller may not come to modern, thriving Goa ‘for the sale of all sorts of merchandise’, the ‘fair’ is still very much on. The traveller is here to find something different: a balm on the busy mind, to enjoy days of freedom on Goa’s magnificent beaches, to parasail or swim with the tide of fellow visitors from all around the globe, to savour its unique cuisine and imbibe its spirits, to take a long and invigorating trek in its unexplored interiors, to marvel at its majestic temples and churches, in short, to be at one with the most friendly people in the country.

In the sixties and seventies, it was, as we have remarked, a haven for the hippies. Since then Goa has moved on to fullfledged Statehood, its own Council of Ministers, a magnificent new Assembly complex, its citizens among the most literate in the country with a per capita income the highest in the land. At the hub of this prosperity, is the Tourism industry. At the Goa Tourism Development Corporation (GTDC), we take a humble bow in acknowledgement, in some small measure, of putting Goa on the tourist map of our country. 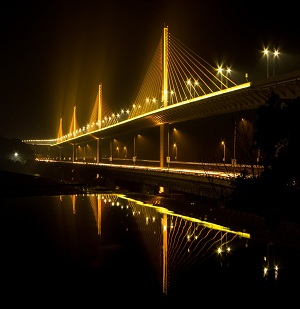 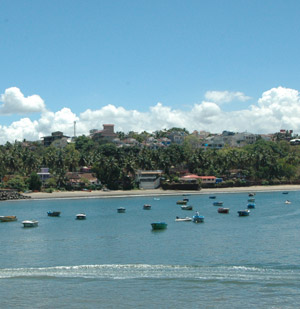 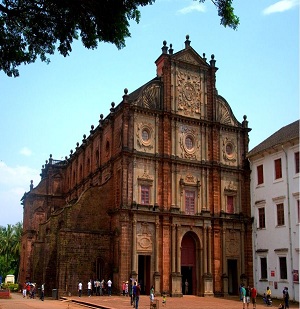 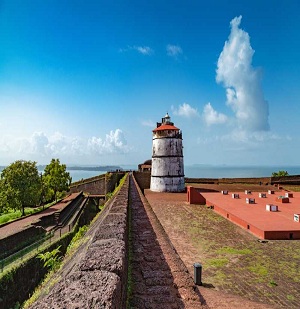 In major towns, English is widely used in writing and conversation.

On the other hand, Portuguese, the language of the colonial rulers and the official language till 1961 before liberation, notwithstanding the official patronage and a compulsory medium of study, failed to make a dent in the mind of the majority of Goans.

It remained only the language of the elite but alienated the masses. Thus just after the departure of the Portuguese, Portuguese lost all its favour and usage. However, very few – particularly the older or pre-liberation generation – still use Portuguese.

Thus Goa is a multi-lingual state, thanks to its diverse history of thousands of years, which has seen people of various regions, ethnic races and religions from India and abroad coming over to and settling in Goa, while influencing the local language.

The state has a total forest cover of more than 1,424 sq. km covering almost one-third of the total area. Forests provide important products namely bamboo, Maratha barks, chillar barks and bhirand. These are of great economic value for rural mass. Coconut trees are present in almost the whole of Goa except in the upper regions. Goa’s vegetation also includes cashew, mango, jackfruits and pineapples.

The major rivers flowing through the state are Mandovi, Zuari, Terekhol, Chapora and Betul. The other major rivers include the Tiracol, Chapora, Sal and the Talpona.