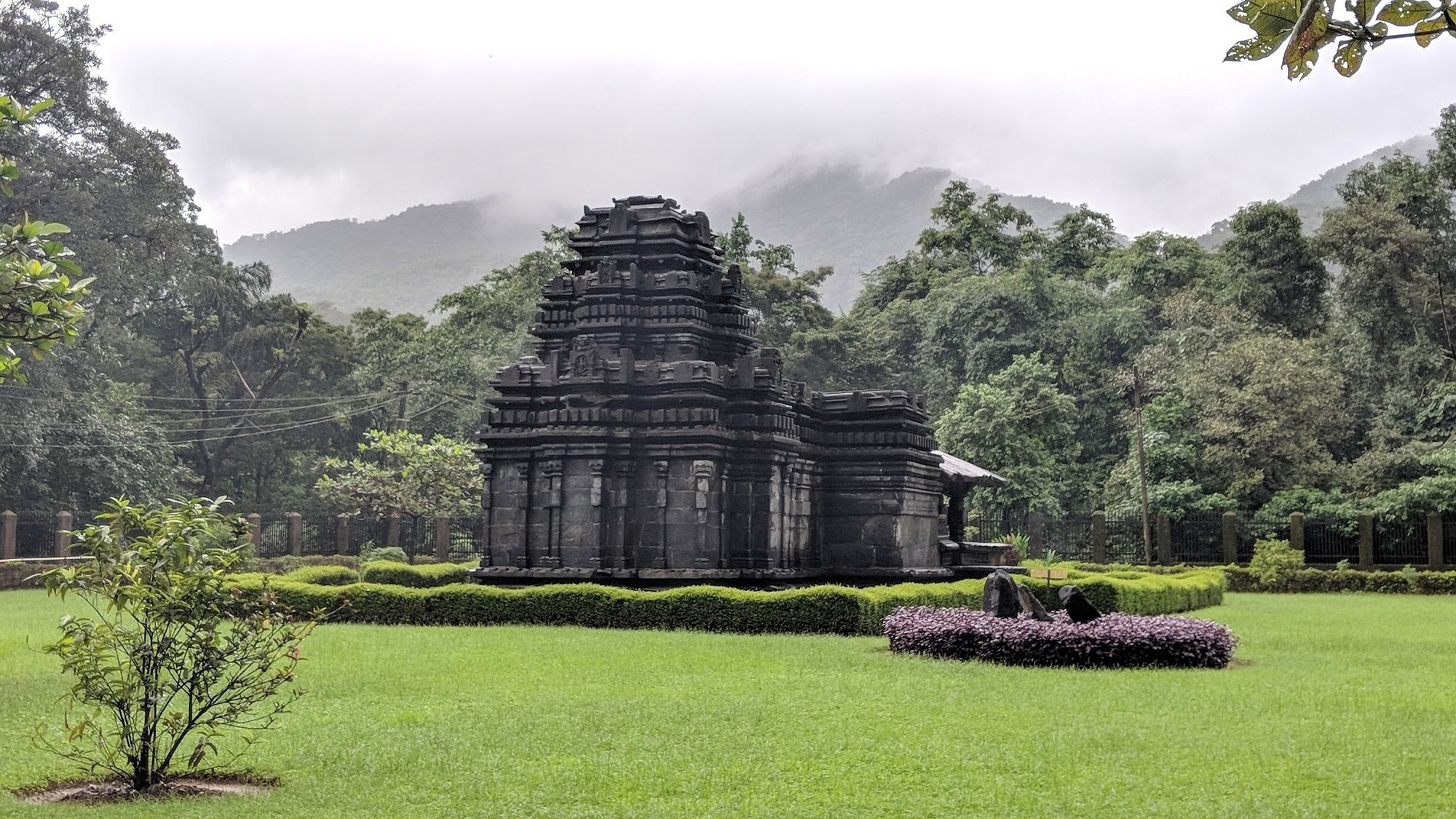 The most ancient temple in the whole of Goa is located at a place called Tambi Surla which is approximately 65 kms from the capital city of Panaji and 12 kilometers from the border crossing post of Mollem. Tambdi Surla itself is in the midst of a forested area accessible via a 22 kilometers route from the main town of Valpoi in Sattari Taluka.The temple itself is built in Jain style in the twelfth century. There are some interesting details about the construction itself which has led to debates about the actual origins of the temple. The temple is built in a place which is quite inaccessible and away from the main settlements of the time. The size of the temple is quite small as compared to the size of the average Goan temple. And finally the top part of the temple has never been completed.

The small, beautifully carved and perfectly proportioned black basalt temple is dedicated to Lord Shiva and is reminiscent of the temples at Aihole in neighbouring Karnataka. The temple has survived Muslim invasions and Portuguese persecution, in its almost perfect condition mainly due to its remote location in a clearing deep in the forest at the foot of the Western Ghats which surround the site in a sheer wall of impenetrable vegetation.

The temple is located at the foot of the Anmod Ghat, which connects Goa to the state of Karnataka. It is considered to be the only specimen of Kadamba-Yadava architecture in basalt stone preserved and available in Goa.The Kadamba dynasty ruled Goa between the tenth and fourteenth centuries and built the temple from the finest weather-resistant grey-black basalt, carried across the mountains from the Deccan plateau and lavishly carved in situ by accomplished craftsmen.The intricate carvings created by these craftsmen adorn the interior and the sides of the building. The temple faces east so that the rays of the rising sun fall on the deity at the crack of dawn. There is a small mandap (pillared hall) and the inner sanctum is surmounted by a three-tired tower which is incomplete or which has been dismantled sometime in the distant past.

Bas-relief figures of Lord Shiva, Lord Vishnu and Lord Brahma, with their respective consorts appear on panels at the sides of the temple. Surprisingly the mandap is covered with a roof of plain grey sloping slabs.The river Surla flows nearby and can be reached via a flight of stone steps. There is a headless Nandi (bull, Shiva’s vehicle) in the centre of the mandap, surrounded by four matching columns. The symbol of the Kadamba kingdom, an elephant trampling a horse is carved on the base of one of the columns.There is a Linga (symbol of Lord Shiva) mounted on a pedestal inside the inner sanctum and local legend has it that a huge King Cobra is in permanent residence in the dimly lit interior.The festival of Mahashivratri is celebrated with all pomp and gaiety at the temple by the local people residing in surrounding villages.