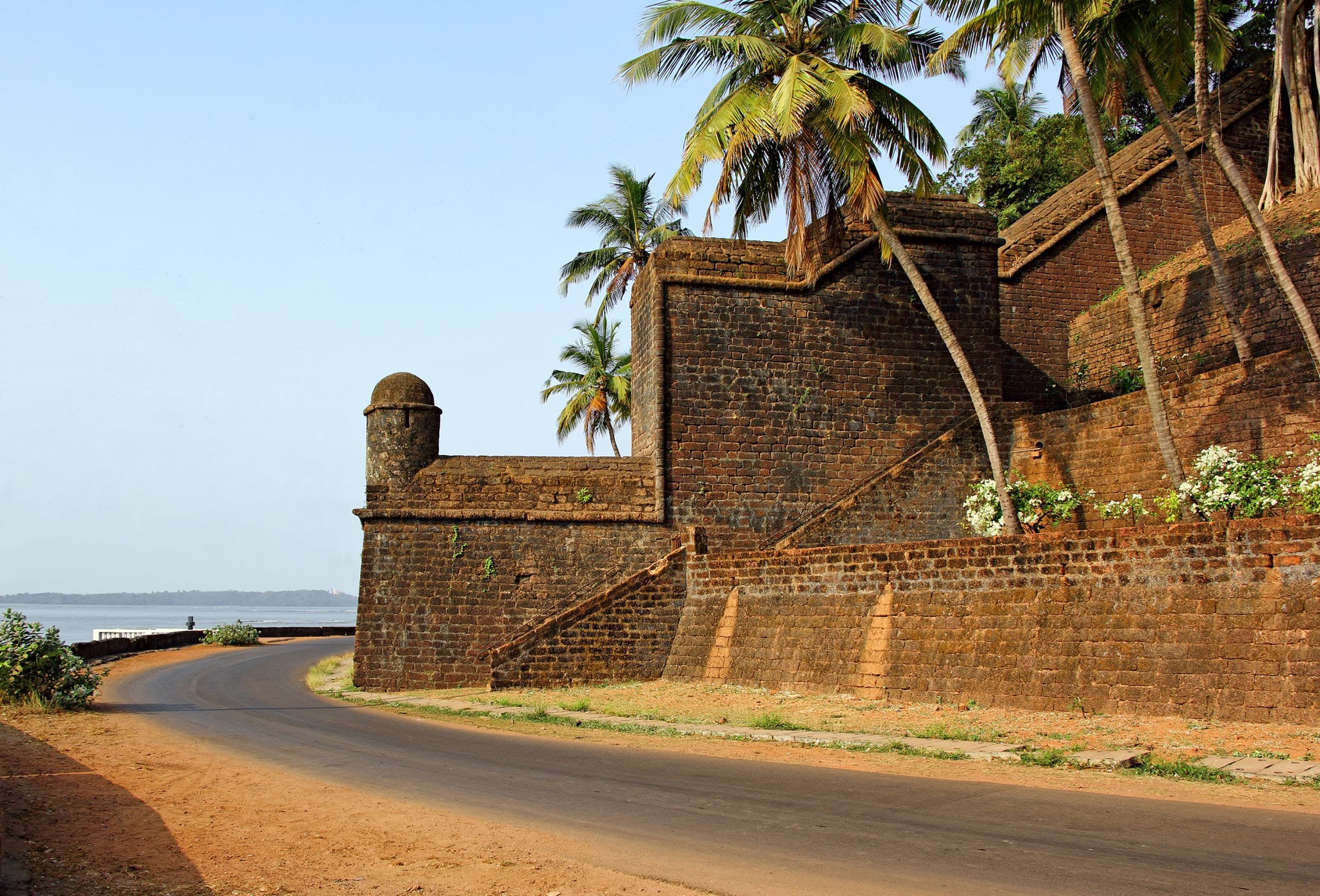 Reis Magos fort, surrounded by sturdy laterite walls studded with typically Portuguese turrets was erected in 1551 to protect the narrowest point at the mouth of the Mandovi estuary. The fort formerly accommodated viceroys and other dignitaries newly arrived from, or en route to, Lisbon, and in the early eighteenth century proved a linchpin in the wars against the Hindu Marathas, who were never able to take it. The bastion was used as a prison and is not open to the public.It is situated on the southeastern extremity of the tableland on the right bank of the Mandovi, in the province of Bardez, about two miles to the northeast of Fort Aguada.

It was enlarged subsequently on different occasions, and finally re-erected in 1707.Though far inferior in size to the fortress of Mormugao, yet standing on an eminence, it commands, a splendid view all around.It is in a good state of preservation, and is defended by 33 guns and accommodation for a small garrison. Towards the east, at a little distance from it, flows a spring with abundance of excellent water, while at its base rises the church of the Reis Magos, ascended by a beautiful flight of stairs.This edifice was built on the ruins of a pagoda in 1550 by the Franciscans, with the sum allotted to them by the Government, and bears a crown on its façade, and the royal arms on its sanctuary and other places.