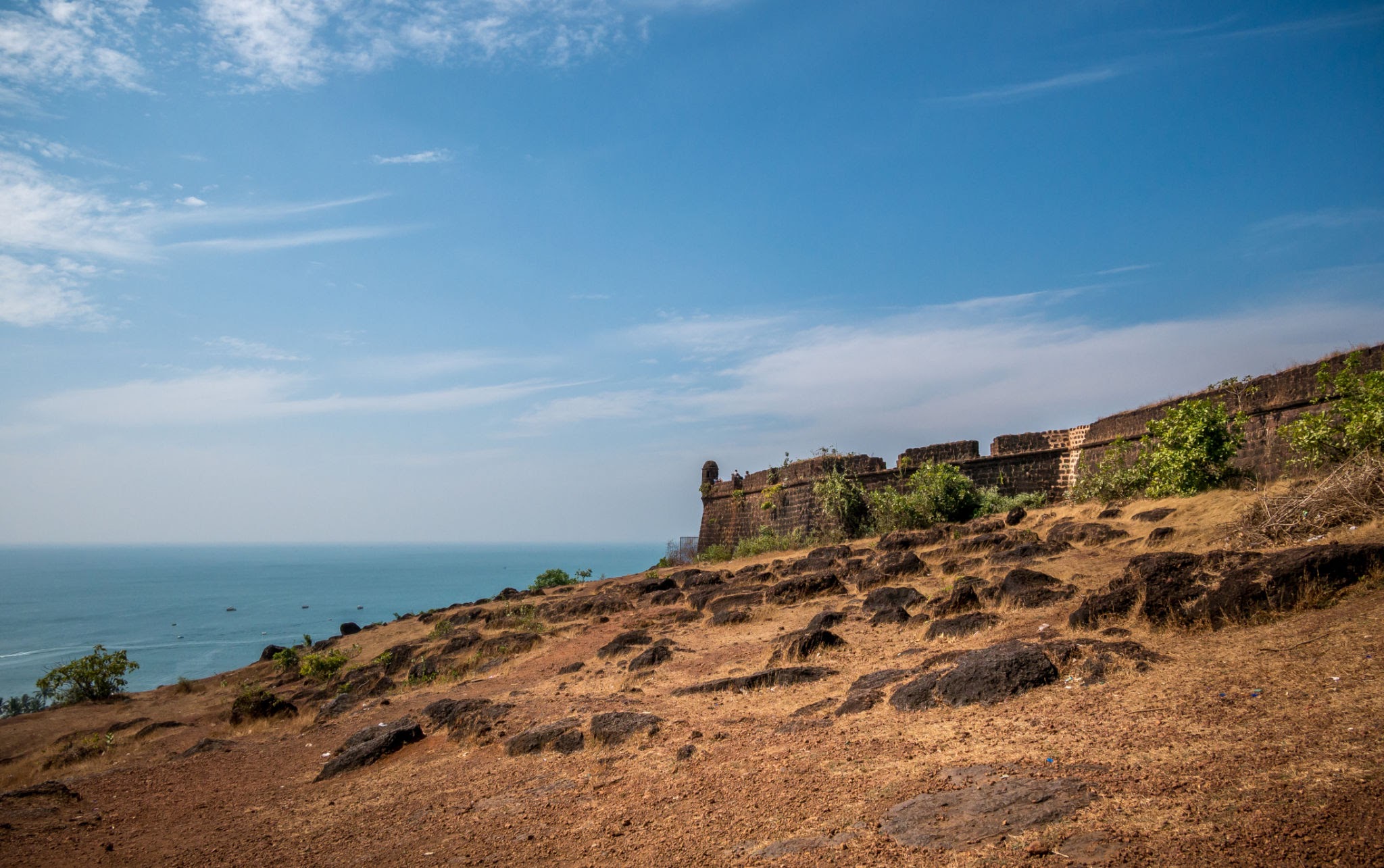 Today, the fortress lies in ruins, although you can still see the heads of two tunnels that formerly provided supply routes for besieged defenders, as well as a scattering of Muslim tombstones on the southern slopes of the hill, believed to be relics of pre-colonial days. However, the main incentive to climb up here is the splendid view of nearby Anjuna and Vagator beaches.

Though Bardez in North Goa was ceded to the Portuguese in 1543, the security of the territory continued to be threatened by several enemies- the Bahamani kings from the north, Maratha horsemen from the east and the local chieftains in the area itself. As a result, the Portuguese built a series of fortifications including the one in Chapora. It was constructed in 1617 only five years after work began on Fort Aguada. Frequent buses ply from Mapusa to Anjuna and Vagator with stopover near the fort.

In 1684, the Portuguese troops surrendered to the courageous Maratha ruler, Sambhaji. But the locals were not too pleased with this. They had a number of conflicts with the Marathas and finally in 1717, the Marathas withdrew their force. The Portuguese then took over again and rebuilt the fort. The new structure of the fort was equipped with underground tunnels that ensured a safe getaway in case of an emergency.

But this glory was not to remain. Yet again in 1739 the Marathas captured the Chapora fort. However, two years later, in 1741, the Portuguese regained the fort when the northern taluka of Pednem was handed over to them.

In 1892, the Portuguese completely abandoned the fort. What remains today are only ruins but one does manage to see the heads of the escape tunnels built by the Portuguese. Though, there isn’t much to see, the history lingers on.