Home /  What to see / Churches / The Reis Magos Church 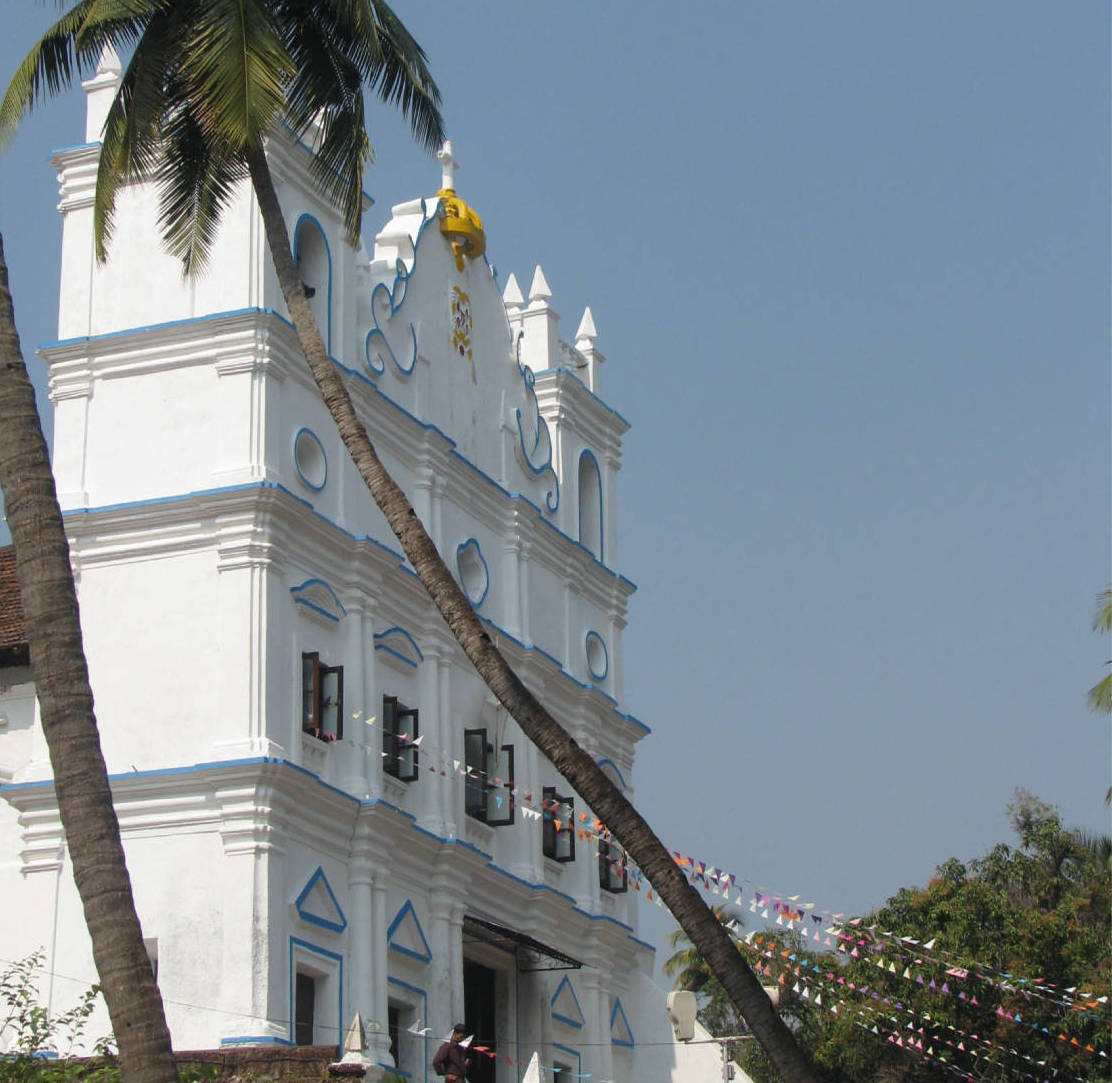 The small hamlet of Reis Magos lies on banks of the Mandovi river and is home to two famous landmarks of Goa – the Reis Magos fort and the Reis Magos Church. It is also one of only three places in Goa, where the unique Feast of the Three Wise Men is held.

Reis Magos lies off the main road, which passes through the fishing and boat-building villages of Betim and Verem on the way to the more famous tourist spots of Calangute and Candolim beaches. At the Verem Bazar, a turning past a Hindu tree shrine takes the traveller to Reis Magos.

The Church, whose whitewashed gabled facade is visible from across the river in Panaji, was built in 1555. Fransiscan friars, who were in charge of missionary work for the area, took over the church and founded a small seminary here.

The church, which was built shortly after the fort above it, was dedicated to St Jerome. Historians have found evidence to support the fact that the Church was built on the ruins of an old Hindu temple. Two typical symbols of the Hindu Vijayanagar temple architecture – bas-relief lion figures can be seen on the flanks, at the start of the steps going up to the Church.

Not long after its construction, the Church and the Seminary became a well established site for learning and its prominence can be gauged from the fact that the Portuguese royal coat of arms is imprinted below the crucifix at the top of the gable. Two of Goa´s former Viceroys are actually buried here, their tombstone inscriptions in Por4tuguese and Latin still clearly legible.

One of the tombs is that of Dom Luis de Ataide, who gained fame all over the Portuguese empire for his spirited defense of the colony of Goa, when just with a force of 700 men, he managed to keep at bay 10,000 Muslim attackers supported by 2000 elephants for a period of ten long months.

The Church interiors are quite colourful and impressive, with the highlight being the multi-coloured wood relief showing the Three Wise Men (Reis Magos) bearing gifts to the baby Jesus, which is the centerpiece of the elaborately carved and painted reredos behind the high altar.

Every year on the 6th of January, Reis Magos comes alive with the colourful Festa dos Reis Magos, when the story of the three Kings is re-enacted by local youth playing the parts of the Magi. The locals celebrate the journey of the three kings who went to worship the holy Infant Child with a procession which starts from the Church and goes around the village.