Home /  What to see / Churches / Our Lady of The Rosary Church

Our Lady of The Rosary Church 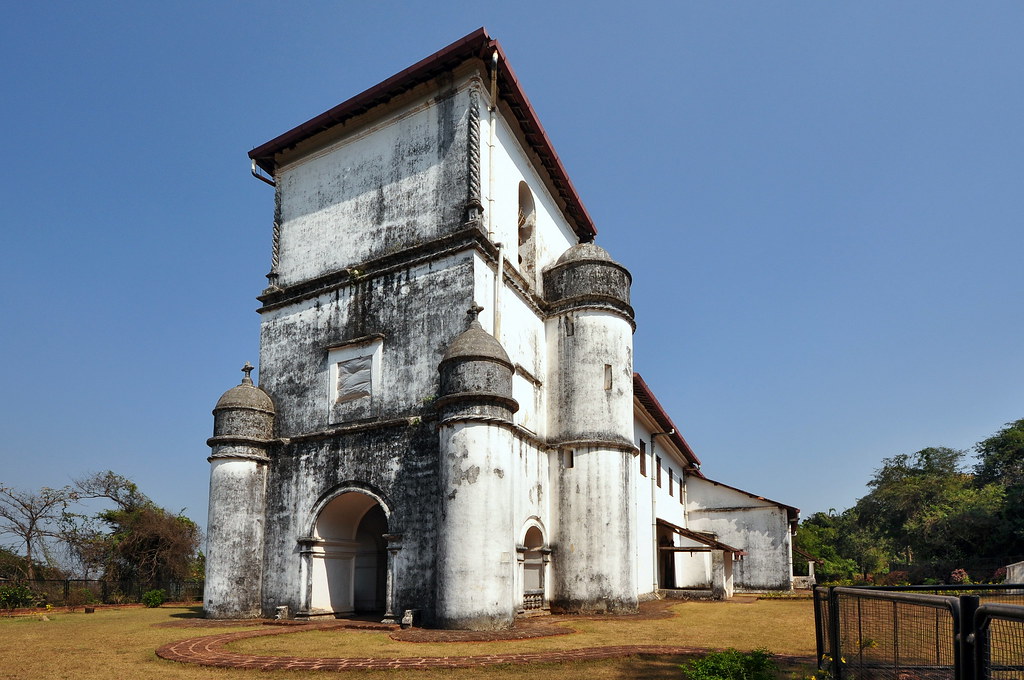 Not far to the west of the Basilica of the Bom Jesus is the Holy Hill at the extremity of which is the Church of Our Lady of the Rosary. Built of laterite and plastered with lime mortar, it has a two-storeyed portico. The portico as well as the façade of the church has rounded towers on either side with the cross on top. The roof of the church is tiled, supported by wooden rafters.

The Chapels And Altars

There are two chapels and three altars. The main altar is dedicated to our Lady of the Rosary. The church, with windows near the roof and with rounded towers giving an impression of a fortress church, is Manuline in style though Gothic influence can be seen in the rib-vault at the portico.

To the right of the main altar is a marble cenotaph commemorating Dona Catarina whose marriage with Viceroy Garcia De Sa was performed by St. Francis Xavier.

The cenotaph slightly projecting from the wall is artistically decorated with carved miniature pillars and inscriptions in Portuguese and has a triangular pediment crowned by a shell moulding. The foliage and other decorations emanating from a vase closely resemble those on the tombs of Gujarat, thus suggesting influence of a regional art-style.

This votive chapel was built in fulfillment of a vow taken by Afonso de Albuquerque while reviewing the battle between his forces and those of the Bijapur sultan from the same spot, on which the church stands. The vow, however, could be fulfilled only after his death, since this church was built in 1544-49