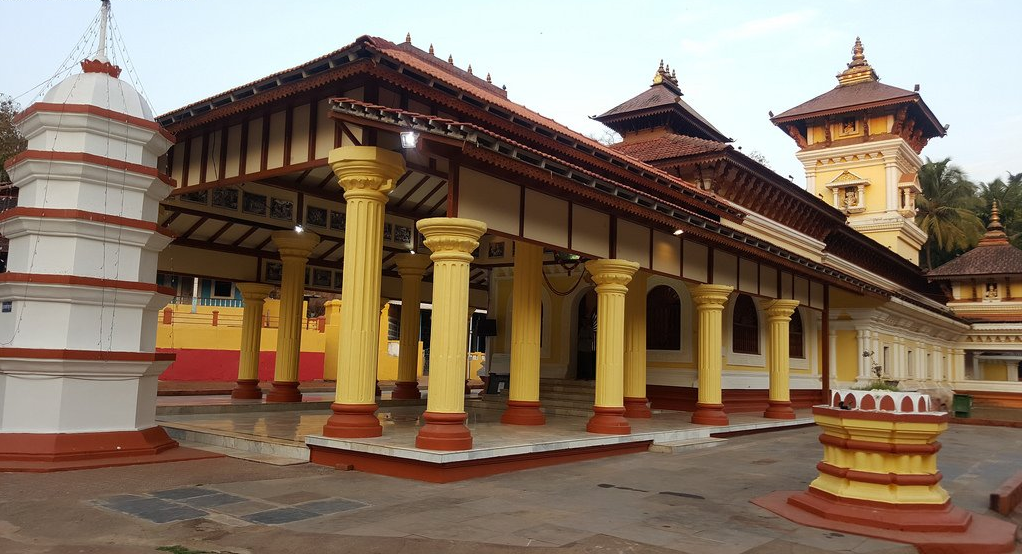 Datta Mandir is located at Sanquelim in the Bicholim Taluka of North Goa.It is known as the hometown of the Ranes of Sattari who played a key role in Goa’s freedom struggle. Sanquelim is very famous for some of its Hindu temples.

There are also a number of places to visit around Sanquelim which include the Arvalem waterfalls which are just 2 kms from Sanquelim. Also one can find the Arvalem Caves nearby.The deity of the Datta Mandir, the Hindu Trinity of Brahma, Vishnu and Maheshwar, is said to have cured many people who were of unsound mind.