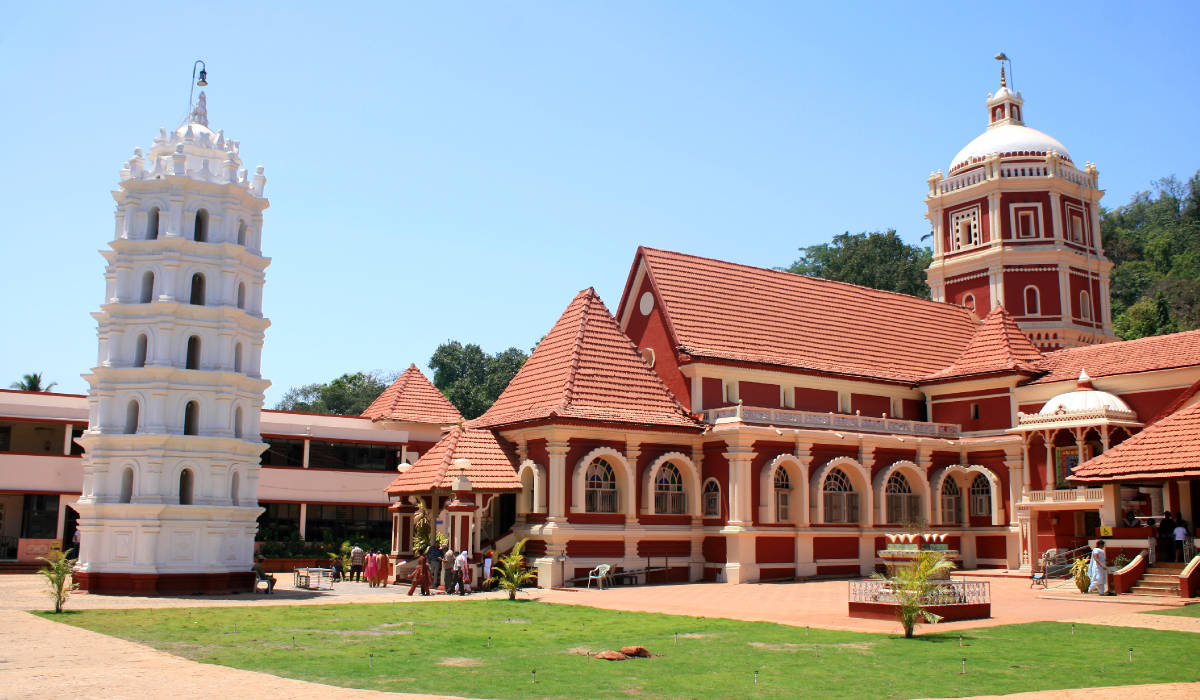 Shri Shantadurga Temple is situated at the foothill of Kavalem village in Ponda Taluka, Goa. A small laterite mud shrine was built and the deity was installed here. The mud-shrine was converted into a beautiful temple whose foundation stone was laid in 1730 and the temple was completed in 1738 and renovated in 1966

The temple is dedicated to Shantadurga, the goddess who mediates between Vishnu and Shiva. The deity is also called ‘Santeri’ colloquially. Local legends tell of a battle between Shiva and Vishnu. The battle was so fierce that the god Brahma prayed to Goddess Parvati to intervene, which she did in the form of Shantadurga. Shantadurga placed Vishnu on her right hand and Shiva on her left hand and settled the fight.