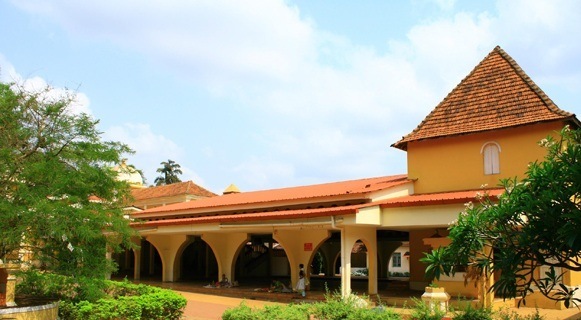 According to the Archaeological Survey of Goa, the idols of Maha Ganapati and Mahamaya (also referred as Durgadevi and Shantadurga) were located in Ella at Tiswadi, Goa along with Shri Gomanteshwar and its affiliates.

During the Muslim invasion in Goa in the 13th century the temple in Ella was destroyed and the idols were transferred to Navelim and Goltim. Until the early 16th century, the deities were worshiped on the island, following which they were evicted by the overzealous Portuguese missionaries. The devotees had no choice but to transfer the idols to Khandepar and from there to their final destination at Khandola.