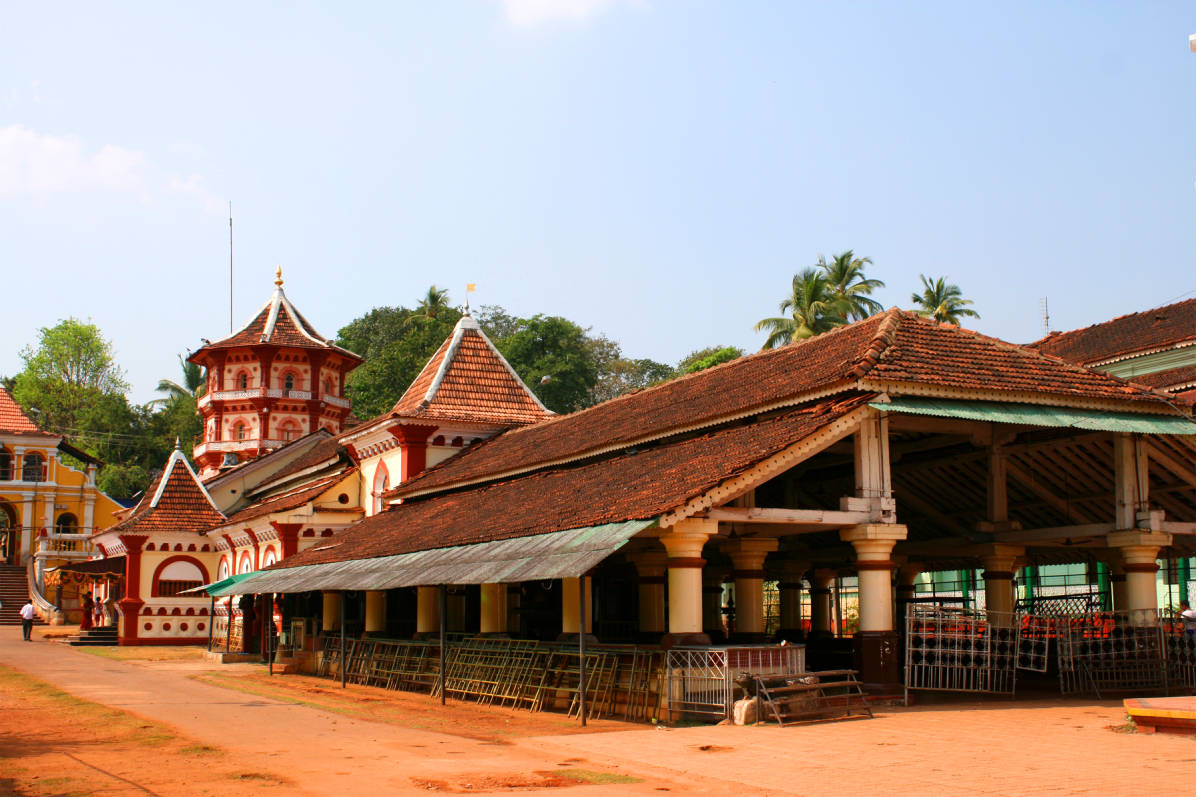 The temple of Shri Kamakshi is located amidst the hills of the picturesque village of Shiroda and was built in the late 16th century.

In the village of Shiroda, a huge Mahadwar or temple gate leads to the Kamakshi temple complex known as ‘Sthal’ or more commonly called ‘Thal’. After passing under the Mahadwar, as one descends the flight of stairs. The temple, crowned by an octagonal, two-storied tower, with a golden Kalash perched on its Shikhar or peak, can be seen prominently.

The temple of Shri Kamakshi has a large Sabha Mandap or the traditional open entrance hall. In front of the temple, one can see a tall Deepasthambh or the lamp tower and a holy water tank. The square shaped chowk, Gan is used for conducting the Prasad ritual. The deity Shri Kamakshi can be seen in the Gabhara or the Sanctum Sanctorum in all its splendor.